The organogram of DFWPM is below: 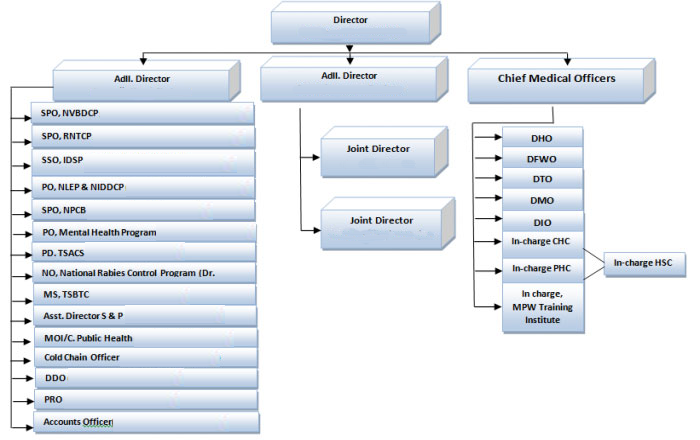 Since time immemorial man has been striving to overcome morbidity and mortality by way of adopting various control measure with an objective to eliminate and eradicate various diseases. In the state of Tripura endeavors have been taken to alleviate the suffering of people from diseases by rendering preventive, promotive and curative health care services.

This Directorate has the administrative control over all the 8 establishments of the Chief Medical Officers,  21  Community Health Centers, 118 Primary Health Centers and 999 Health Sub-Centers, 39 Ayurvedic Dispensary and 66 Homeopathic Dispensary.

Dr. Radha Debbarma is the Director of Family Welfare & PM.